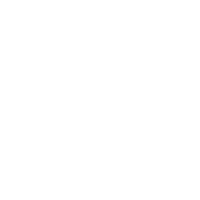 by Chad Gray
in Social Media
240

One day while scrolling through to see whats new on my YouTube feed. I happen to see something that caught my attention. It was legendary producers “Scott Storch” known for numerous monumental platinum billboard hit records going hit for hit with the creator of the platinum billboard ground breaking hit Cash Money sound Manny Fresh.
Not knowing what to expect only knowing what they bring to the table from a producer aspect, I knew it would make for must watch TV. Watching them go hit for hit each record they played gave me a feeling of nostalgia reliving the moment when i first heard the record whether it be in a club, on the radio, TV ,a mix tape etc. I couldn’t help but reminiscing. This battle sparked my interest and i wanted more.

Other producers/artist did follow suit going song for song, beat for beat. The battle that i was anticipating and was hyped about on Instagram Live was between Nappy Boys own T Pain and “The King Of Crunk” Lil John. They both have the hits and energy to make for a great match up. Record after record I felt like i was at the club or partying at college. The energy and passion was there between the 2 along with the respect and admiration for each others work. T Pain played all of his bangers from “Bartender“, to “Buy Me A Drink” to “Win” ft Dj Khaled the list goes on. Lil John hit you with bangers like “Yeah” ft Usher, “Get Low” and “What You Gon Do” ft Lil Scrappy etc. I found myself dancing leaning and rocking with it while i was working out. I definitley worked up a good sweat in the process. One of the things that stood out to me that was cool was the story on how Lil John made the Trillville record “Some Cut“. He said that sound that you hear wasn’t a bed its actually the chair he was sitting in rocking back and forth as he listened to the beat he was producing at the time. Eventually one of his boys in the studio told him that they should throw that sound in the beat. They recorded the sound, placed it on the beat and the rest is history . Its the first thing you hear when the record comes on #Genius .
Overall I would recommend the Instagram live producer/artist battles to anyone who really loves music, rap/hip hop etc. I find myself more so enjoying the music then keeping tally of who won. Stay tuned in on http://www.instagram.com live for the next battles to come I know i will be.
Author Chad Gray aka Loc Dab

I am a Instagram influencer a rap artist and label owner currently residing in Maine. Im always intuned to what goes on around the world especially when it comes to entertainment and music. I feel i have interesting views on alot that goes on in these fields that would really interest the average blog reader. I love to write to get my thoughts and opinions out i feel it would be something that alot of my followers and general public around the world would enjoy and support!

Which Artists Have We Been Tweeting About the Most Throughout the Quarantine?